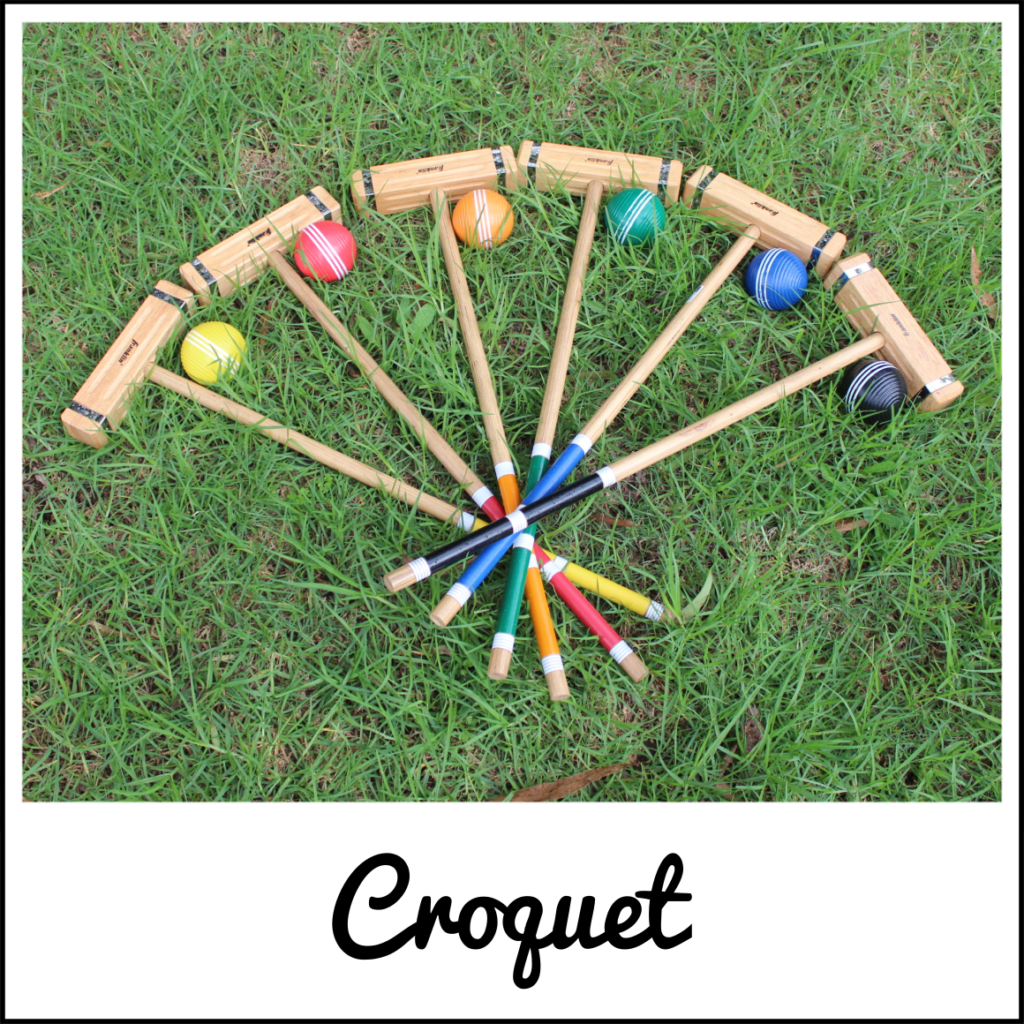 It may sound easy to hit your coloured ball with the matching mallet trough the hoops – but lots of skill is needed!

A game your grandparents may be more accustomed too this classic game will have your guests playing endlessly.

The game is a race around the circuit of hoop. The Blue and Black balls play against the Red and Yellow balls. The first side to get both of their balls through the 12 hoops in order and hit the peg is the winner. Once a ball has completed the circuit and hit the peg (is pegged out) it is removed from the game.

The players play alternate turns. A player can start their turn by striking either of their balls but must thereafter strike only that ball (the striker’s ball) during that turn. A turn consists of a single stroke, after which the turn ends, unless in that stroke

a. the striker’s ball scores its next hoop in which case it earns a continuation stroke, or

b. hits another ball (makes a roquet) whereupon it gains a croquet stroke then a continuation stroke.