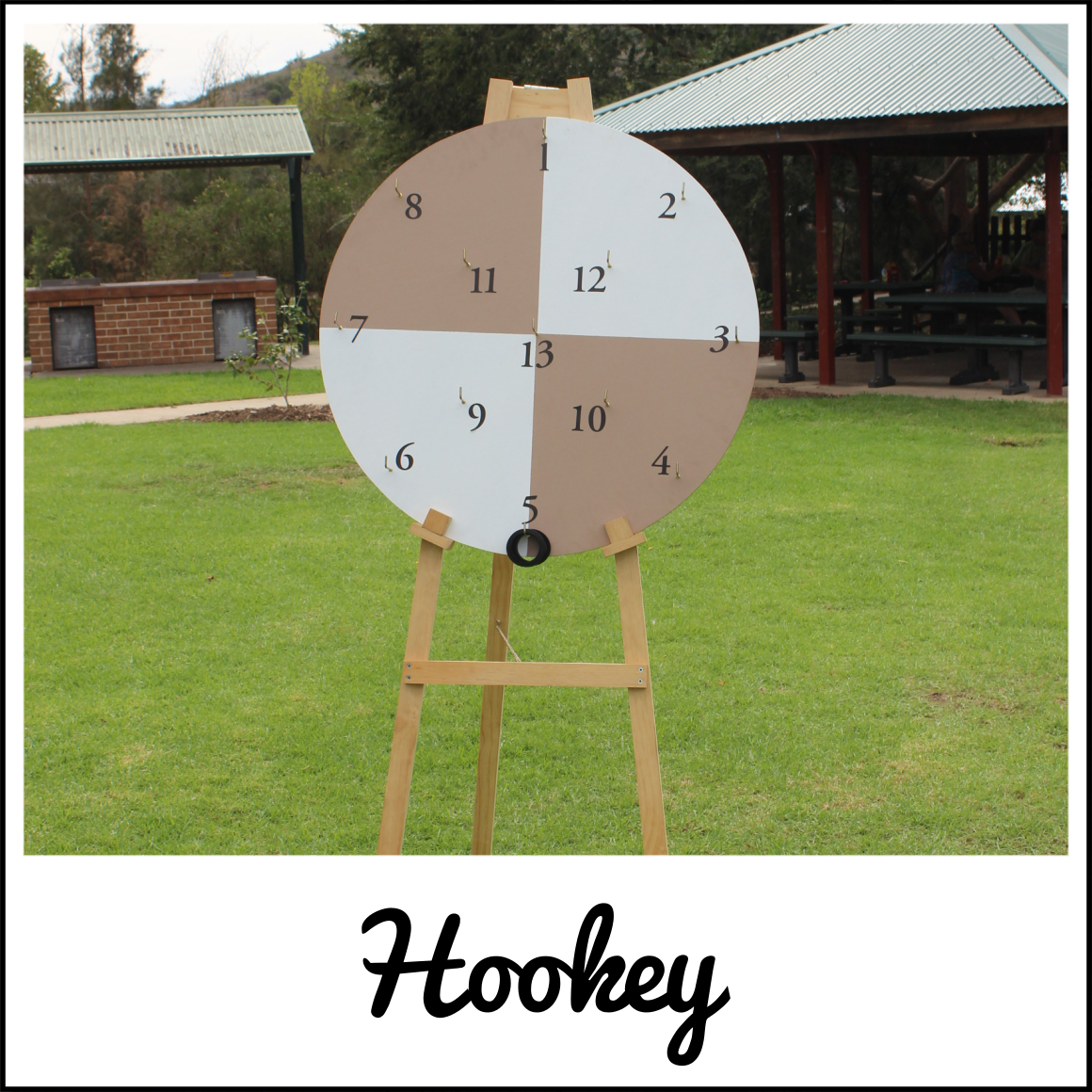 Described as a “safe darts” hookey challenges even the best gamers as you throw the rubber rings hoping to land  them on the hooks to score.

The Hookey stands at 1.8m tall and is enjoyable for any age.

Played in Kirkhampton, Cumbria during the latter half of the twentieth century. The aim of the game is simple – to score 31 exactly using 5 rings.

Players take turns to achieve this feat and the first one to do so, wins.